An initiative with intellectual, pedagogical, and social components designed to foster thinking with and about LGBTQIA+ subjects, communities, and histories.

An initiative with intellectual, pedagogical, and social components designed to foster thinking with and about LGBTQIA+ subjects, communities, and histories. 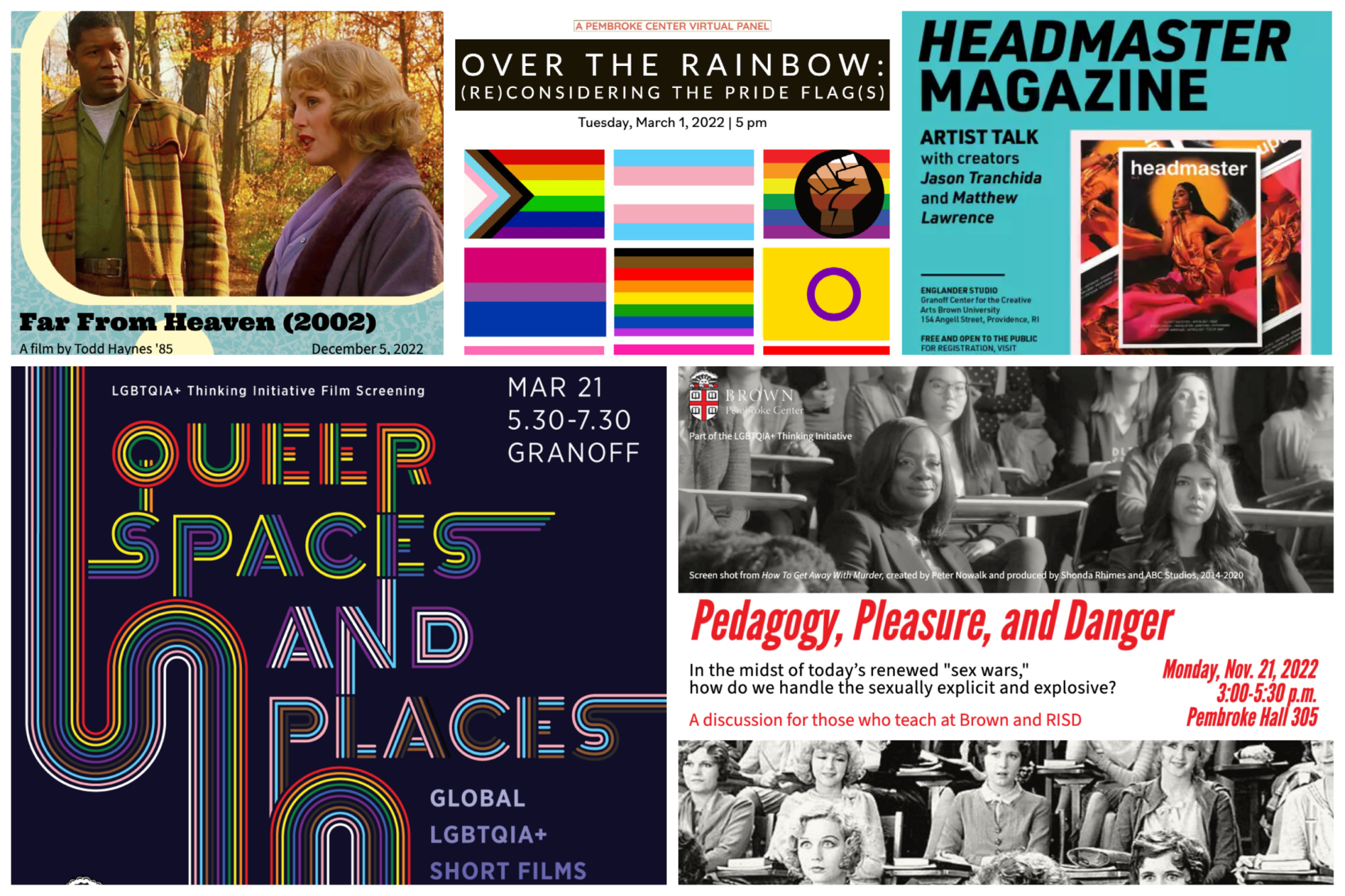 The  Pembroke Center's "LGBTQIA+ Thinking" initiative, led by Lynne Joyrich, Professor of Modern Culture and Media, is devoted to the active production of knowledge generated from and about sexual and gender minorities.

"This initiative signals the importance of exploring sexual and gender formations, identities, and issues," Joyrich says, "recognizing that just as these can give us places from which to think, those places may shift, change, and invite re-thinking."

The LGBTQIA+ Thinking initiative includes intellectual, pedagogical, and social components.  Programming—ranging from lectures, presentations, and symposia to exhibitions, screenings, and performances—is designed to coordinate with other Pembroke initiatives (such as the Pembroke Seminar, the Black Feminist Theory Project, and the Feminist Theory Archives) and to further links with other units (such as the BAI, CSREA, CSSJ, the Cogut Institute, IBES, the School of Public Health, and the Watson Institute). Pedagogical aims include working with Gender and Sexuality Studies program leadership and faculty on course development, program coordination, and pedagogical collaboration. Finally, the initiative fosters community bonds via the connections made through LGBTQIA+ Thinking programs and events at Brown and beyond.  In this way, the Pembroke Center can further foster thinking, learning, and acting for and with this vital and diverse community. 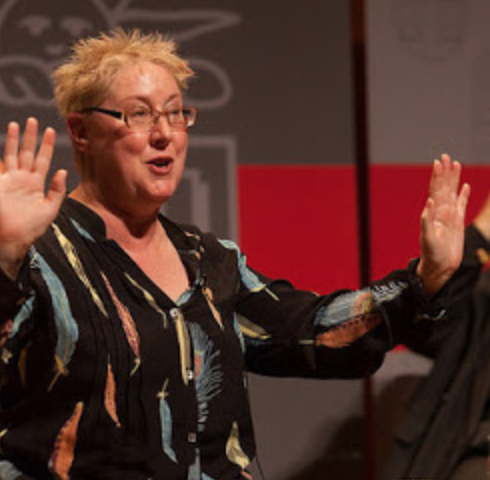 Lynne Joyrich is a scholar whose research focuses on constructions of gender, sexuality, and race in US media. She is the author of Re-viewing Reception: Television, Gender, and Postmodern Culture and of articles on film, television, cultural studies, and feminist and queer studies that have appeared in such journals as The Black Scholar, Critical Inquiry, Cinema Journal, differences, Discourse, Jump Cut, Journal of e-Media Studies, Journal of Visual Culture, and Transformative Works and Cultures, and such books as Private Screenings; Modernity and Mass Culture; Logics of Television; Inventing Film Studies; Pedagogy: The Question of Impersonation; New Media, Old Media; Queer TV; Mad Men, Mad World; Unwatchable, and Feminism’s Indelible Mark: Reframing the Work of Todd Haynes. She has been a member of the editorial collective of the journal Camera Obscura: Feminism, Culture, and Media Studies since 1996. In addition to being Director of LGBTQIA+ Thinking, Lynne is Professor of Modern Culture and Media and Director of Graduate Studies for the Department of Modern Culture and Media. 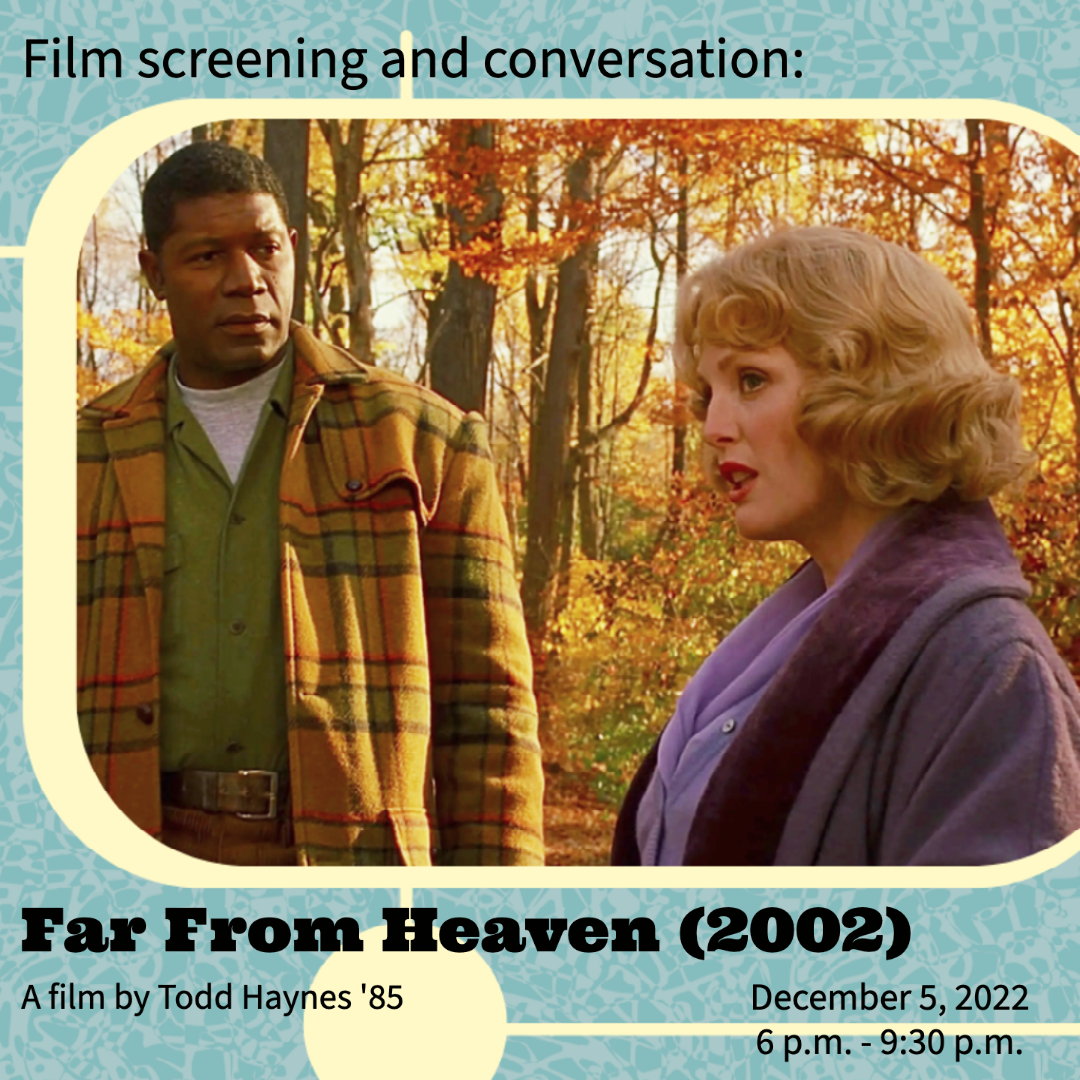 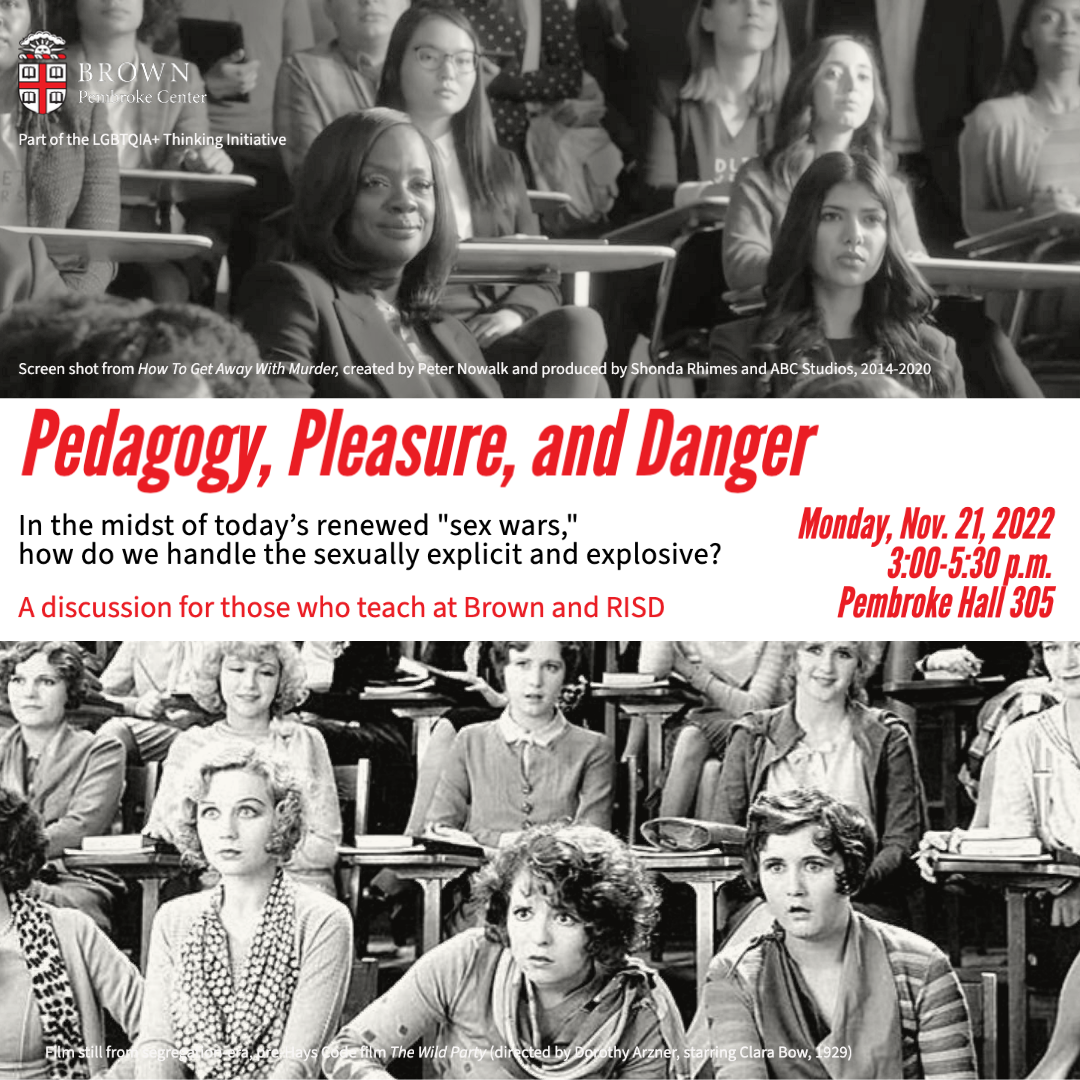 On Monday, November 21, 2022, the LGBTQIA+ Thinking initiative presented a workshop for instructors that asked the question: in the midst of today’s renewed “sex wars,” how do we handle the sexually explicit and explosive? This interactive discussion among those who teach at Brown and RISD featured remarks by: 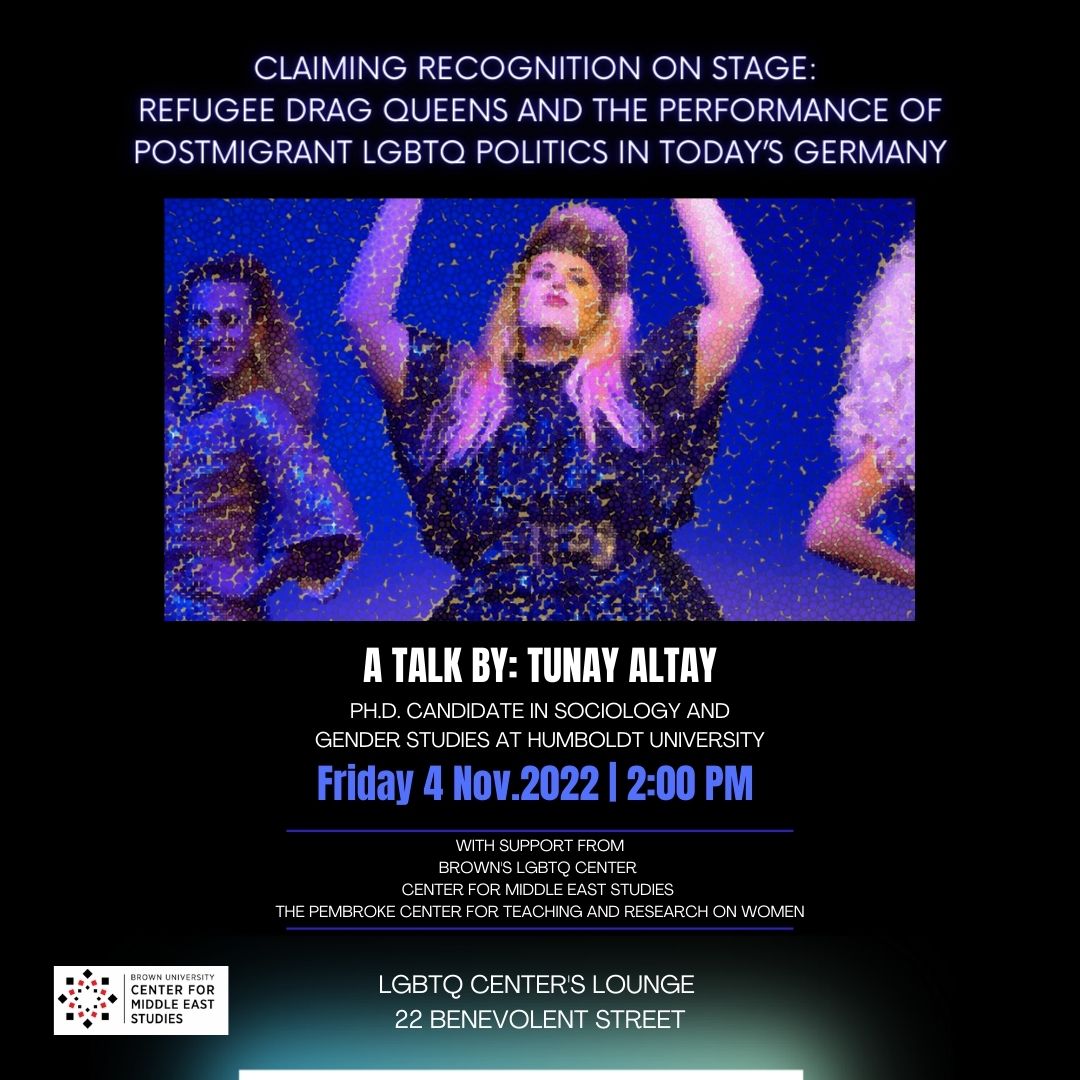 On Friday, November 4, 2022, The Brown LGBTQ+ Center and the Center for Middle East Studies presented "Claiming Recognition on Stage: Refugee Drag Queens and the Performance of Postmigrant LGBTQ Politics in Today’s Germany." A talk by Tunay Altay, Ph.D. candidate in Sociology and Gender Studies at Humboldt University. This was co-sponsored by the LGBTQIA+ Thinking initiative. 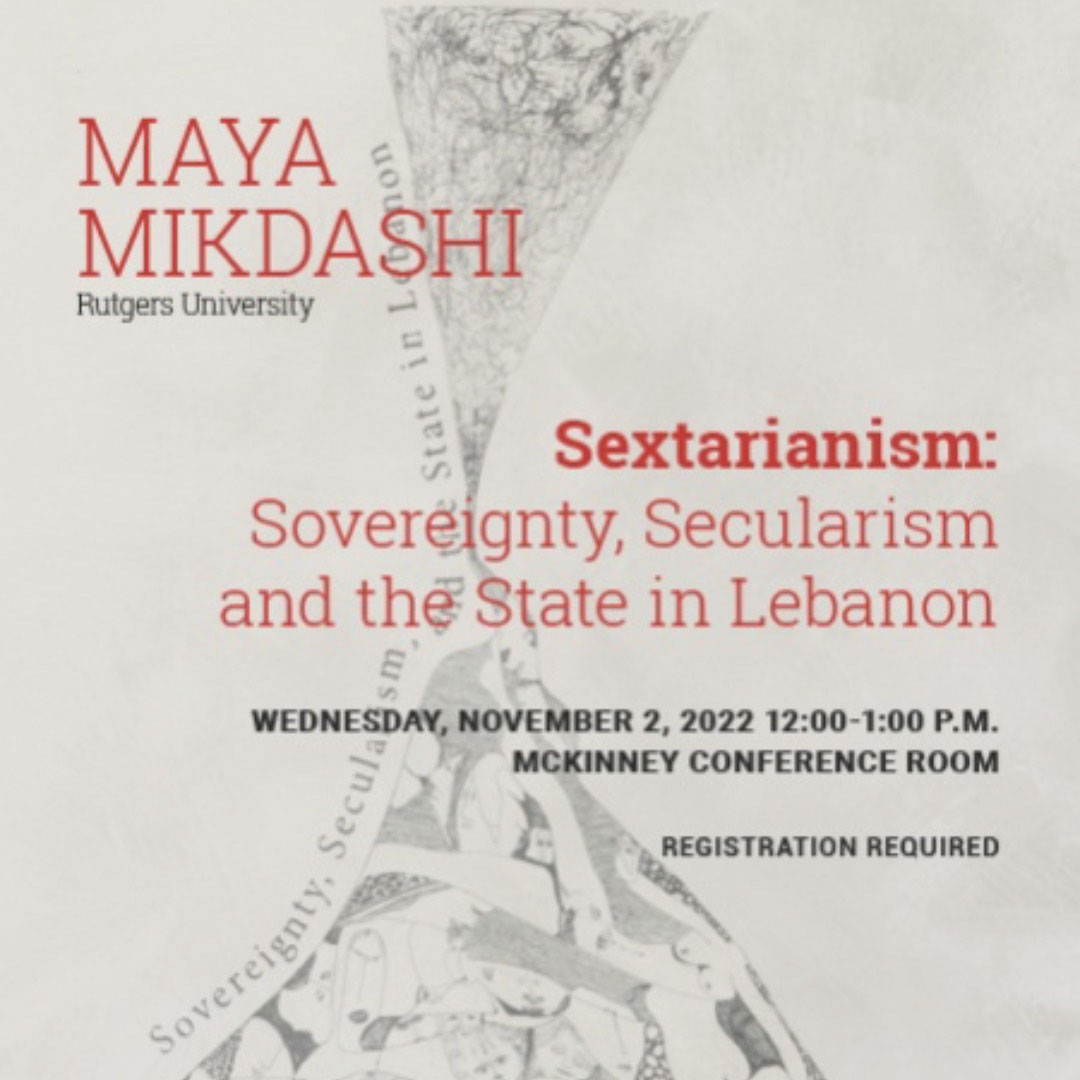 On Wednesday, Nov. 2, 2022, The Center for Middle East Studies presented Associate Professor of Women's, Gender, and Sexuality Studies at Rutgers University Maya Mikdashi reading from her book Sextarianism: Sovereignty, Secularism, and the State in Lebanon. With this book, Maya Mikdashi offers a new way to understand state power, theorizing how sex, sexuality, and sect shape and are shaped by law, secularism, and sovereignty. This was co-sponsored by the LGBTQIA+ Thinking initiative.

The first event associated with LGBTQIA+ Thinking was an artist talk, moderated by Joyrich and presented with the Brown Arts Institute, with Headmaster Magazine creators and BAI Community Development Grant recipients Jason Tranchida and Matthew Lawrence on October 13, 2021.

Headmaster is the “art magazine for man-lovers.” The magazine’s editors write assignments for artists who then create original projects for each issue. Headmaster No. 9 – The Collaboration Issue – features projects by seven artist duos, one musical duo, two writer/translators, and one drag house (House of Rice, Vancouver’s only all-Asian drag collective). Included in the issue are brothers, couples, friends, and duos whose relationships are more ambiguous. Headmaster No. 9 also includes a special 16 page bilingual zine insert and a risograph poster by Nick Vaughan and Jake Margolin.

On March 1, the LGBTQIA+ Thinking initiative hosted Over the Rainbow: (Re)Considering the Pride Flag(s), a virtual panel discussion among artists, scholars, cultural critics, educators and members of the public that examined the popularization and symbolic use of the original rainbow pride flag as well as subsequent iterations of and alternatives to it. The rainbow pride flag was designed as a symbol of the gay community by San Francisco artist Gilbert Baker in 1978, becoming a well-known international symbol of “gay pride.” Since that time, the rainbow flag has come to signify a broader, global LGBTQIA+ coalition, even as there have been proposals for changes to the rainbow flag (such as the addition of stripes or chevrons to signal racial inclusion and trans inclusion) and for the creation of additional flags, featuring their own unique color schemes to represent various groups in the wider LGBTQIA+ community. The popularization of the original flag, as well as these re-designs and additions, have been both lauded and critiqued, with commentators raising questions of aesthetics, politics, and performativity; the commercialization, commodification, and branding of queer identities; international homogenization and/or local heterogeneity; diversity, inclusion, and intersectionality; the recognition, representation, and/or reification of specific identities; and so on.

This live screening featured eight works from around the globe that highlighted diverse stories, experiences, and identities. All of the shorts were created in the previous few years and by emerging filmmakers. Many of the the films not only pushed boundaries around queer subjectivity, but also experimented with cinematic form and narrative techniques.

Over the course of the 2021-22 academic year, the LGBTQIA+ Thinking initiative co-sponsored the Queering the Middle East and its Diasporas Lecture Series, supported by the Herbert H. Goldberger Lectureships Fund and presented by the Center for Middle East Studies. In six lectures, speakers in the series took on subjects like the rise of Lesbian / Gay / Bisexual / Transgender / Queer social movements across the Middle East and North Africa, queer feminism in Palestine, and transgender lives and family structures in Turkey.